While Mount Mulanje is certainly the best known mountain area in Malawi, it is by no means the only one. Some of the other mountainous areas are described below. 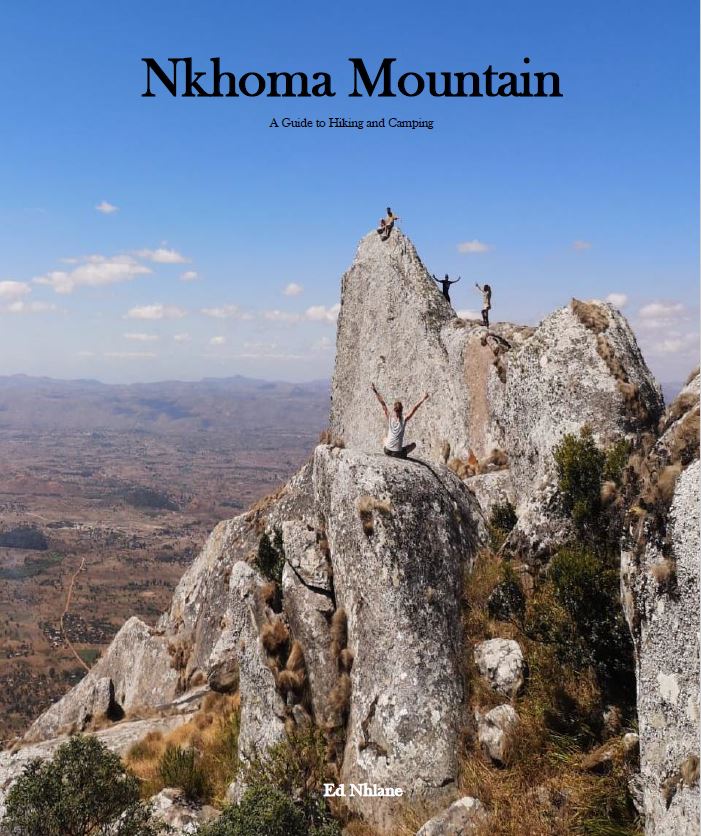 [Downoad] Nkhoma Mountain – A Guide to Hiking and Camping

Zomba
The Zomba Plateau dominates the old capital city of Zomba, which has a number of interesting colonial buildings, a good vegetable market, and plenty of other shops, accommodation and eating places. Unlike Mulanje, there are roads up to the plateau, and the terrain is generally softer and gentler, with fewer and lower peaks. It’s an excellent place for rambling and hiking, with a number of easily followed roads and trails. The plateau itself is protected by the oldest forest reserve in Malawi and contains extensive pine plantations as well as rolling grassland, montane forest, scrub and woodland. A 36-page booklet, Zomba Mountain: A Walker’s Guide by Martyn and Kittie Cundy, is available from bookshops in Blantyre.

The view from Zomba plateau down to Lake Chilwa

Dedza
The area around Dedza town, which lies between Lilongwe and Blantyre, contains several forest reserves which are well worth exploring, including Dedza Mountain, Chongoni and Mua-Livulezi. The main peak is Nkoma Mountain (1,784m) which lies to the east of the mail Lilongwe-Dedza road. The highland climate makes the area particularly pleasant in the hot season.

Nyika
The Nyika National Park in the north of Malawi is the largest of its type in the country. The Nyika plateau, which is around 2,000m high (comparable to Mulanje), is mainly rolling grassland and heather, with occasional forests of pine, eucalyptus and indigenous trees. There is a vast network of dirt roads and paths to explore. An excellent reference is A Visitor’s Guide to Nyika National Park, Malawi by Sigrid Anna Johnson, which is available at bookshops in Lilongwe and Blantyre.

In addition, there are isolated hills and mountains spread around the country, often rising quite abruptly from the surrounding plain. Many of these can be climbed (local advice helps) using village paths and give splendid views of the surrounding countryside. Wherever possible, ask permission to cross cultivated land, and park your vehicle somewhere public without leaving valuable items on show.

Blantyre
There are three main areas you can visit directly from Blantyre – Michiru, Ndirande and Soche. All of these can be reached in 30 minutes by car and are well worth a day trip.

Soche is a large hill about 6 km south of Blantyre. It’s a little higher than Michiru at 1,530m and has suffered badly from deforestation. You reach it by taking the Kapeni Road from Mahatma Gandhi and heading for the visible satellite station, turning right onto an earth road which leads to Soche Secondary School, where you can park. There is a marked trail that winds up to the summit through the remaining indigenous trees and evergreen forest, but it’s surprisingly easy to get lost. There is plenty of bird life and the occasional blue monkey.

Ndirande
Ndirande is higher than Soche (1,612m) and more remote, To reach it, take the Chileka road out of Blantyre and turn right onto the Ring Road shortly after the CCAP Blantyre Mission and Phoenix School. The Forest Reserve is signposted. You can leave a car at the lower of the two car parks and take the summit path about 500m further up. Like Soche, the mountain is badly deforested, but you my see monkeys. There are good views towards the Zomba plateau and Mulanje on a clear day.

Michiru Mountain Forest Reserve
The 46 square kilometre Reserve can be reached by taking Glyn Jones Road out of Blantyre and turning right by St Paul’s Church on Kabula Hill. Then turn left on Michiru Road and over the bridge, where the tar road ends. Carry on on the earth road for about 5.5 km to where it divides. Branch left for the car park or right for the pleasant picnic site.
The office near the car park has a map of the reserve with a number of marked routes, including one to the summit of Michiru itself (1,473m) which will take a couple of hours. Once there you will be rewarded with panoramic views of Blantyre, Zomba and the surrounding countryside. You are likely to see monkeys, baboons, some buck and (in the evening) hyaena, as well as a wide variety of birds.

Soche is equally accessible from Limbe, but the town has three peaks close at hand and another important one further away in Chiradzulu.

Mpingwe
Mpingwe is a small hill just north of Limbe, reached by taking the Zomba Road (M3) and turning right off it near the brow of the hill a few hundred metres after Limbe Cathedral, opposite the sign to Maone Park. You can leave your car where the tarmac gets badly potholed and walk up towards the summit (1,453m), where there is a transmitter station. Skirt round this, leaving it to your left, to reach the summit, where you will have good views of Limbe, Bangwe, Ndirande and even Lake Chilwa and Mulanje. An anticlockwise circular route os possible by following the paths down in a northerly direction to Mzedi hill and then down to the lower road. People have used Mpingwe as a paragliding launch site.

Malabvi Malabvi lies to the south of the Midima Road/Robert Mugabe Highway about 6km out of Limbe. You can leave a car near Bangwe Police Station (where there is often a road block) and heading for the peak through maze plantations. There is a circular path around the base of the hill and several others leading up to the summit (1,412m), most of them very steep at the top.

Chiradzulu Chiradzulu is the highest of the Blantyre/Limbe peaks, at 1,772m. To reach it, follow the Zomba road (M3) out of Limbe and turn right onto the S146 about 4km past Limbe Cathedral. Go on past Chiradzulu Secondary School and The Providence Industrial Mission turnoff and turn left on a smaller track to Chiradzulu township. About 3km further on you should reach a barrier near a eucalyptus plantation, where you can leave your car. Deforestation is particularly bad on the steep south face of the mountain, but there are a number of possible paths and trails. Chiradzulu Peak is at the eastern end of the mountain, with a quite thickly wooded saddle between it and Lisau ridge to the west.

Would you like to continue a Malawi mountaineering link after leaving Malawi?

The new Hiking Guide to Mount Mulanje is out now! It presents 18 hiking routes on the mountain, from short walks around the base to multi-day hikes to the highest points. Purchase a copy from a Mountain Club committee member for 7,500 MK. The guide book is also available at La Caverna in Blantyre; price may vary there. Both hard copy and kindle versions of the Hiking Guide to Mount Mulanje are now available through Amazon.com.